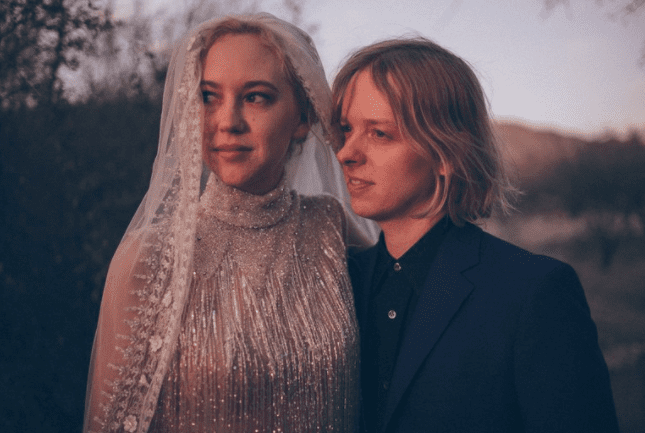 When we think of a bride, there’s a very clear image that automatically comes to mind: a white dress that’s either poofy and fit for a princess, or long and flowing with a train several feet long. We rarely ever think of the word “pantsuit.”

But for one bride, breaking the mold has been a way of life for several years, and naturally, she wanted to buck tradition with her bridal outfit. Sonia Stragg is more than a familiar face in the New York City fashion scene – she’s actually a showroom director for brand Maryam Nassir Zadeh, who are known for their avant-garde style. 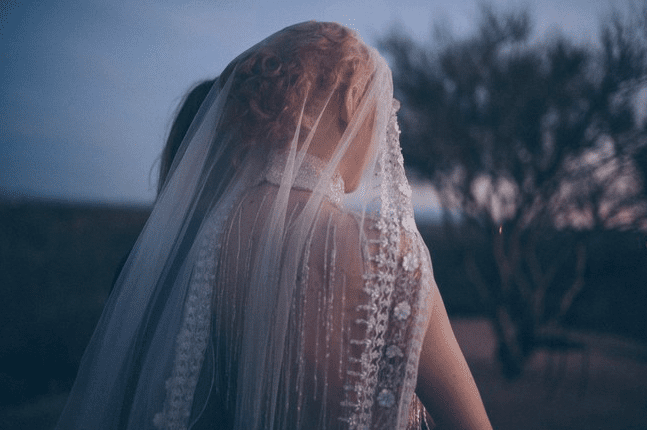 So it makes total sense that Sonia, who lives in Brooklyn with her filmmaker husband Daniel Schmidt, would want to do something out of the ordinary for her bridal look. Sonia began her search online, explaining in an interview with Vogue: “I was Googling beaded fringe and sequins. All of the current wedding dresses are so minimal and beautiful, but not really what I wanted.”

Luckily, she happened to be at a New York Fashion Week party with eccentric Spanish designer Alejandro Gomez Palomo, who was accompanied by a model wearing one of his most distinctive looks – a sleeveless turtleneck and matching pants look. Sonia remembers, “It was just after he had shown his first collection, so I really didn’t know him well at all. I was just excited that he had his model with him wearing that look. And then, I was like, ‘I need that for me.’ ” 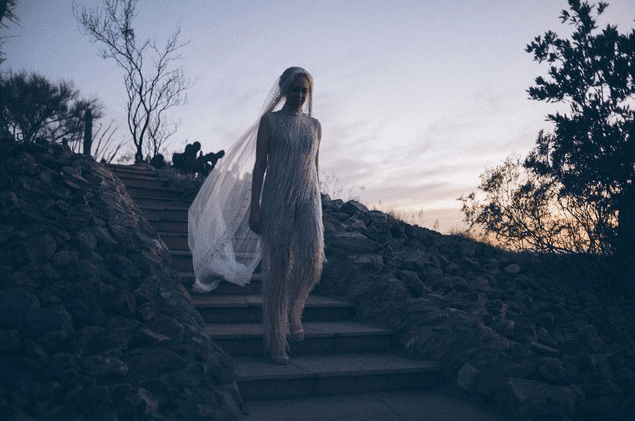 Finally, Sonia managed to add some sense of traditional bridal aesthetics to her look by using her best friend’s veil. “She offered it because I was talking to her about veils and she was like, ‘Oh, you can borrow mine,’ ” said Sonia. “It is very Palomo Spain to have such a baroque accessory too.”

It’s no secret that the royal wedding is a magical event. There have been many over the years, and ...