Before Jeniffer Lopez became Mrs. Ben Affleck, she played the role of a bride many times. Not only has she worn bridal dresses before, but the actress and singer also hinted that her latest wedding dress was actually from an old movie. As you know, the internet got into the game of guessing which dress it was. While the name of the movie still remains a mystery, the numerous dresses are worth swooning over. Here are the many times that JLo became a bride for the big screen.

2022 saw Jennifer Lopez wearing a wedding dress twice, once off screen to cement a legendary Hollywood love story and once on screen for her most recent romantic comedy. In the movie, JLo’s character has two grooms with only one dress. Lopez plays a big-time singer, who’s tying the knot with her boyfriend Bastian (played by Maluma). In the end, her boyfriend ditches her and she ends up marrying Charlie, played by Owen Wilson. Lopez’s wedding dress is utterly gorgeous and weighs over 95 pounds. With intricate details of crystals and ruffles. JLo, swathed in this creation, is a vision to behold! 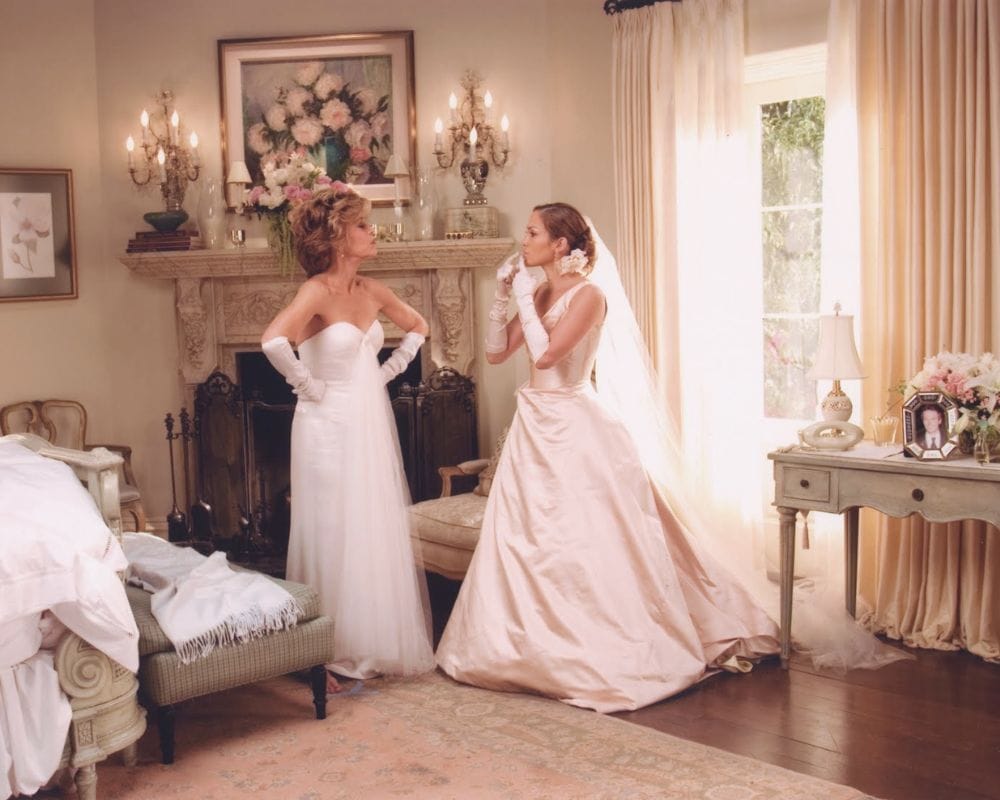 The 2000s were a time when Jennifer Lopez ruled the big screen with her rom-coms. Often, these roles came with dressing up as a bride. Her role in Monster-In-Law tells the story of a mother (Jane Fonda) who does everything in her power to stop her son from marrying Charlie (Lopez). Jennifer Lopez looks beautiful as a traditional bride with her sleeveless white dress, flowing skirt, and veil.

In this biographical movie, Jennifer Lopez stars with now ex-husband Marc Antony. The duo played the role of late salsa singer Hector Lavoe and his wife Puchi. The tale, which also features the duo’s wedding, actually tells the story of the harrowing addiction and fame that Lavoe struggled with. Lavoe is one of the most prominent figures in the salsa industry, being a pioneer of this type of music.

In this movie, Jennifer Lopez holds the titular job and falls in love with a groom-to-be, played by Matthew McConaughey. Thankfully for the two, it’s a rom-com, so a happy ending does happen. Although it isn’t without its share of shenanigans, miscommunication, and a heartfelt, and a little cheesy, declaration of love. Still, we do get to see what we love the most, JLo as a bride in an off-shoulder dress, ready to get married at the courthouse. 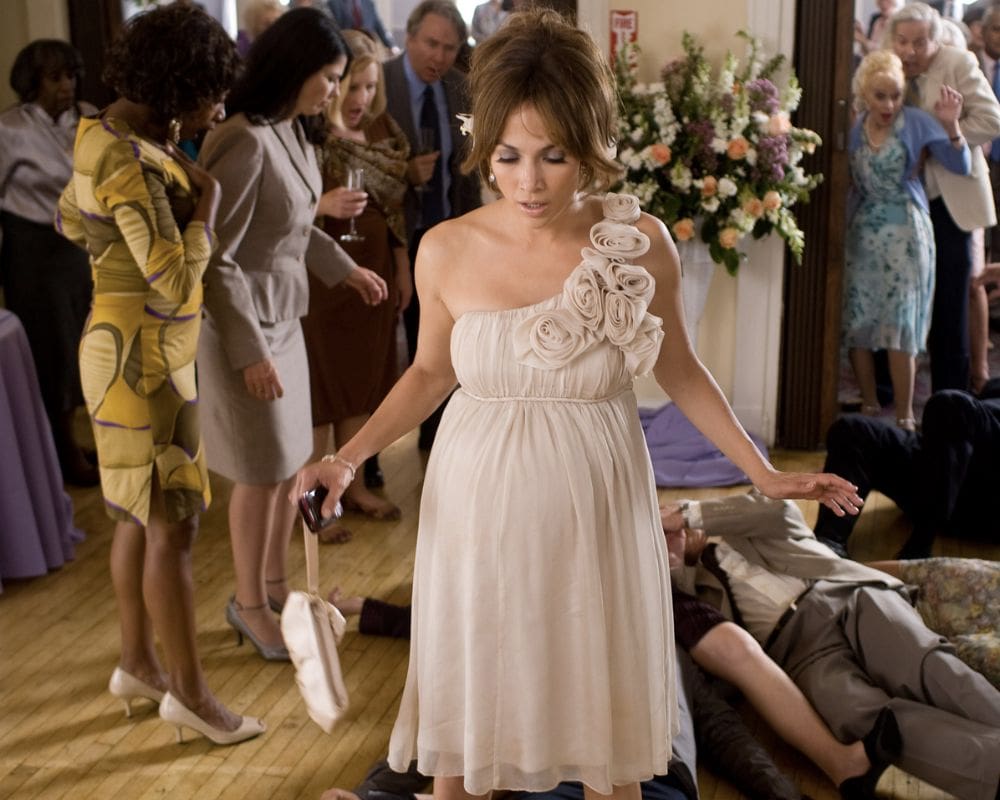 The rom-com (yes, it’s JLo’s favorite type of movie to make) sees the actress become a bride-to-be and mom-to-be at the same time. Even though she doesn’t technically wear a wedding dress in the movie, the cream-colored dress she wears at her grandmother’s wedding is pretty enough to pass as one. Can we just say that the actress looks absolutely breathtaking in the short, one-shoulder dress? Add in the pregnancy belly, the flowers, and the messy updo, and she’s the perfect vision in off-white.

If you’re a bride-to-be and looking forward to your big day, there’s a high chance that you’re ...