It has been just over 60 years since Seu and Dona Rosa Russo married, making this milestone year something they should certainly be celebrating. This anniversary would probably have most couples in their situation reaching for their wedding photo album and reminiscing about the day they first became husband and wife.

It is also something their children and grandchildren can look back on, and see how their parents and grandparents celebrated one of the biggest days of their lives. Not for Mr. and Mrs. Russo, however. 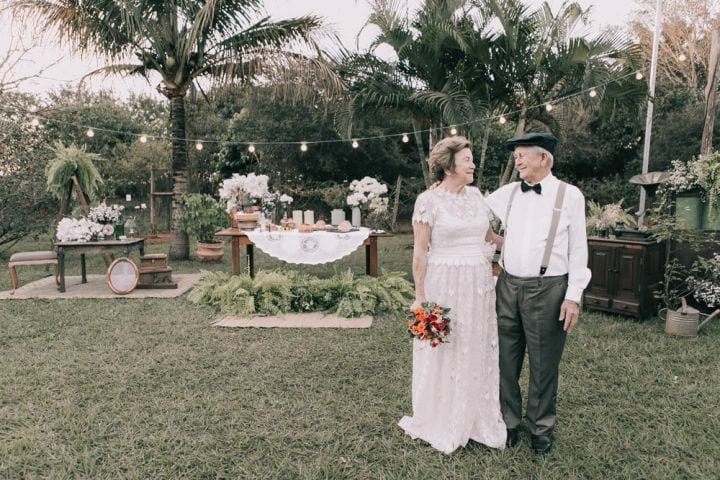 When the couple married in 1957, they kept it relatively simple, having the ceremony in a relative’s yard, with one of their aunt’s baking the cake, and a godmother sewing the bride’s dress.

Unfortunately, however, nothing was captured on camera, meaning they have no way of looking back at the day it all began. Sixty years later, with nine children, 16 grandchildren, and four great-grandkids, they are getting the wedding pictures they would have so longed for after all this time. 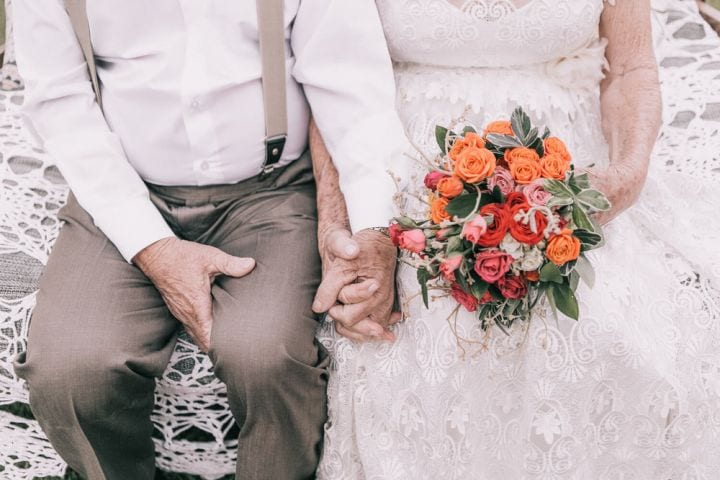 Along with other creatives, photographers Vivian and Dávid Balatonfüredi from São Paulo Fotografia, worked with the loving couple to plan what they called, a “mini-wedding.” Compared to their first wedding, this mini-wedding was all captured on camera.

The photo shoot was full of emotion and was a stunning moment for all those involved. Moreover, this time around, they could have their large family involved too. 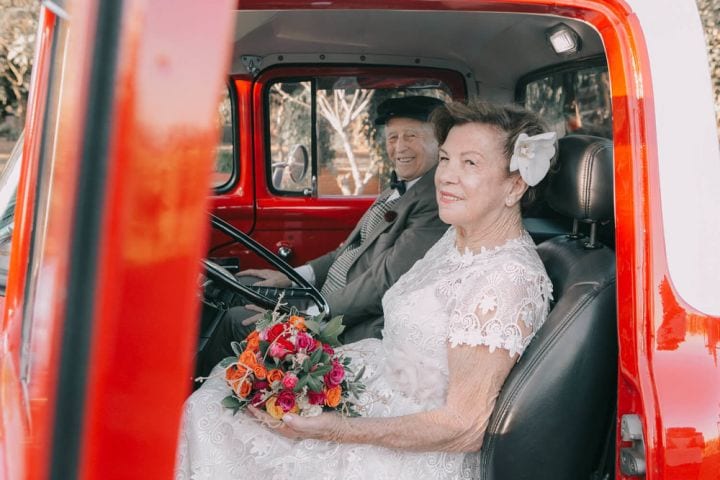 The entire photoshoot is available on São Paulo Fotografia’s website. Here you will see how the couple certainly did not hold back with making this a celebration to remember, including thoughtful rustic details and a vintage car. This is a “mini-wedding” we could all be inspired by, and, hope that one day, we too have the same successful marriage as this beautiful pair.

Fans of the British Royal family are being treated to not one, but two royal weddings this year, ...

Should You Really Write Your Own Wedding Vows?

If your wedding day is looming ever closer, there’s a high chance that you’re racking your brain ...

The Up and Coming Wedding Gowns of 2022

When it comes to wedding gowns, the saying that 'fashion recycles itself' justifies the true ...