Who’s Who In The Zoo

Betty White admitted to that despite having had a thrilling and highly successful career in TV, she had always actually wanted to be a zoo-keeper! Betty White is an outspoken animal lover and has often been pictured with exotic and even dangerous animals. It’s hard to imagine her as anything other than the loveable characters she’s portrayed, but she wanted to be a zoo-keeper because it was not a job for women at the time – a challenge she wanted to overcome. 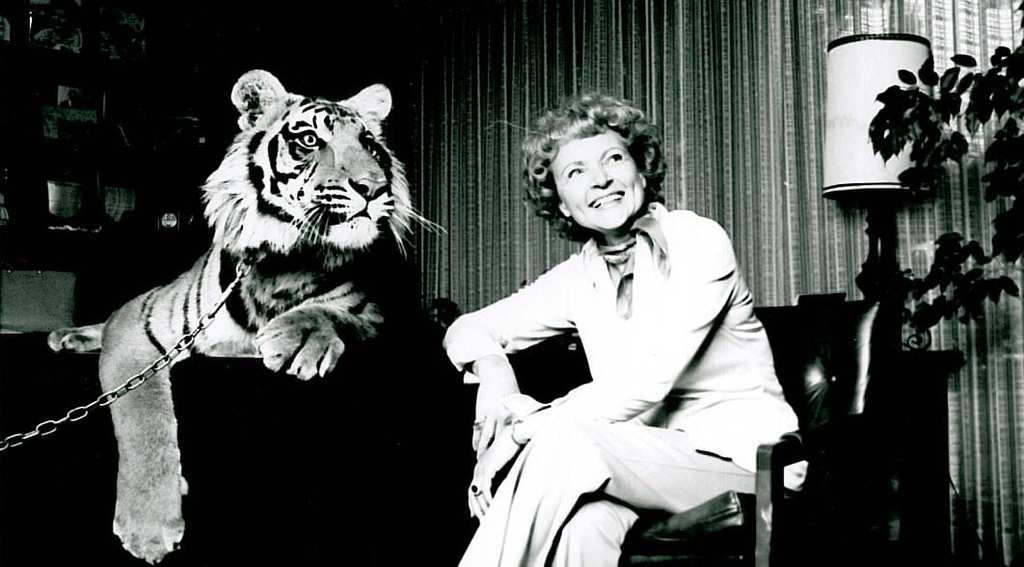 We all know that love is a tricky and winding path. We rarely manage to find the person that we will live with for the rest of our lives during our first real relationship or marriage. This is especially true when it comes to celebrity marriages. Betty White was married twice before finding the man that she fell in love with for the rest of her life – Allen Ludden. We suppose they say the third time’s the charm! 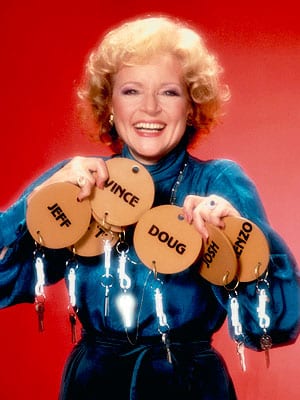 There are some pretty strange Guinness World Records out there, but Betty White has a pretty interesting one behind her name. The actress won a Guinness World Record for having the longest running career in television for a female actress. Her career has spanned a total of 70 years, which means that she’s on par with the current male record holder, Bruce Forsythe. That’s a pretty impressive achievement when you consider that that’s almost the life expectancy of most people. 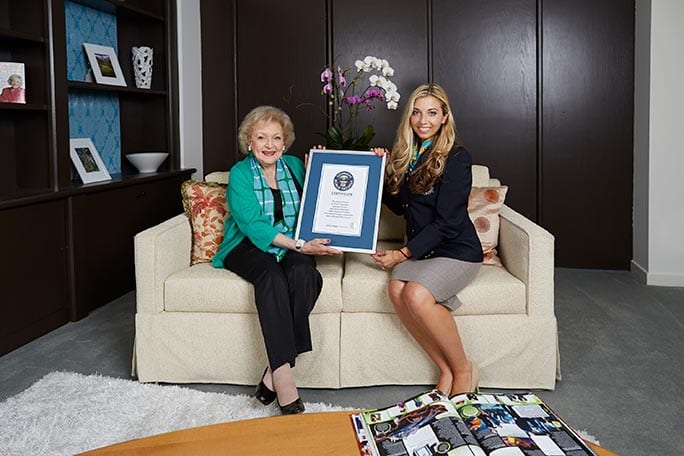 Although her first big break came in 1952 when she got her own TV show, Life with Elizabeth, Betty White has actually been on the television screen since 1939, just three months after her high school graduation! She started her career with a TV show on an experimental Los Angeles channel. She was a singer alongside one of her classmates, but the show and her appearance in it have all but been lost to history. She then put her career on hold to assist with war efforts. 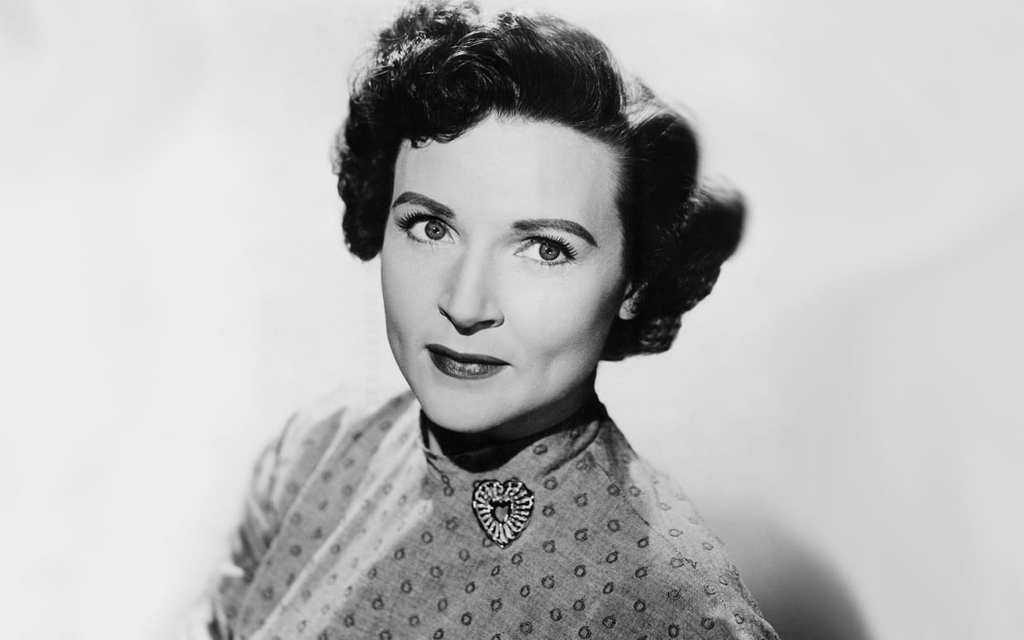 Actors are used to getting roles that are similar to one another, based on their personality traits and characteristics. Betty White is best known for her role as Rose Nylund in the show, Golden Girls. However, not many fans know that she played a character with the exact same name in three other shows, namely Golden Palace, Nurses, and Empty Nest. However, the characters played on each show have nothing to do with one another – it’s just a coincidence. 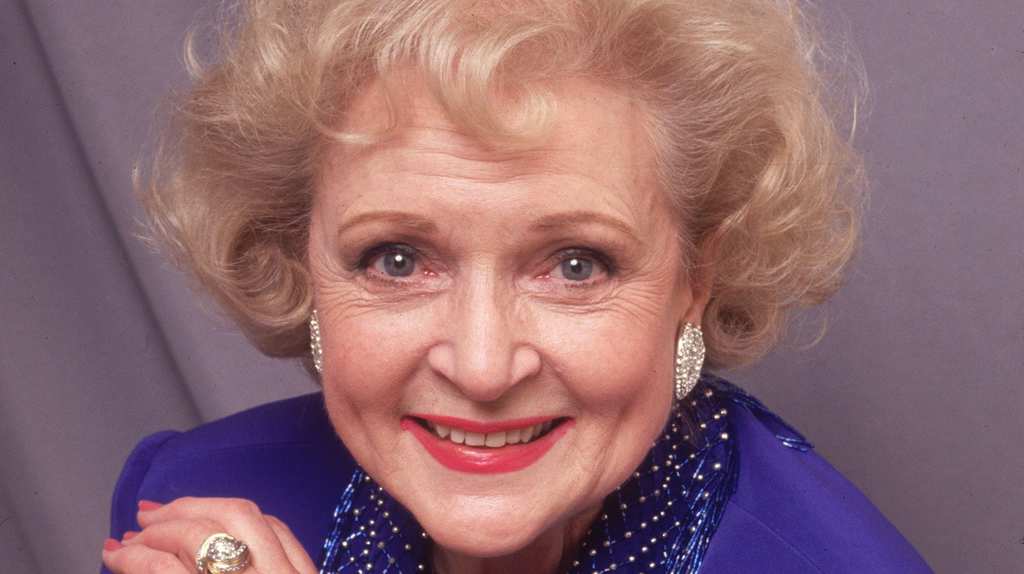 That’s Mayor To You!

It’s not uncommon for celebrities to run for political office these days. We’re used to seeing names like Arnold Schwarzenegger and Clint Eastwood here, but it’s a little-known fact that Betty White was elected as the honorary Mayor of Hollywood in 1955. Having become one of the first ever female producers in Hollywood, a town known for being a difficult place to find success, garnered her the award quite early on in her career and helped her build her fame. 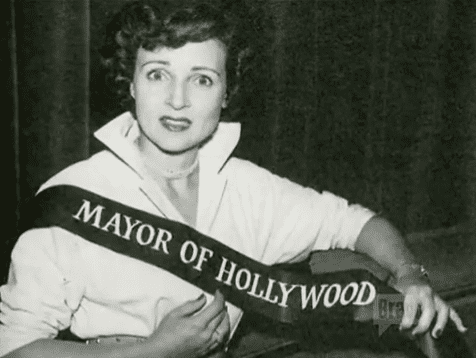 A First Of Her Kind

Betty White is known for a lot of things, but few people realize that she was also a producer at an earlier stage in her career. Betty had a natural talent for working both in front of and behind the camera and this served her well in Hollywood. Life With Elizabeth was a show that starred Betty White as the main character, but allowed her full creative control from behind the camera – something that was very rare at the time, especially for a woman. 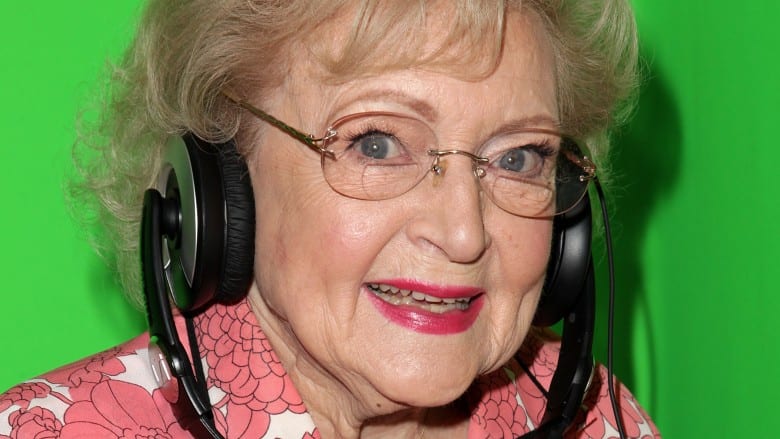 Earning yourself a star on Hollywood Boulevard is no easy feat and it often takes a lifetime to get that kind of recognition. As difficult as it is to earn yourself a star on the boulevard, it’s even more challenging to have both you and your partner earn a star! When Betty White achieved her star on Hollywood Boulevard, she had the honor of having it placed next to her husband’s star as well. They’ll be side by side forever! 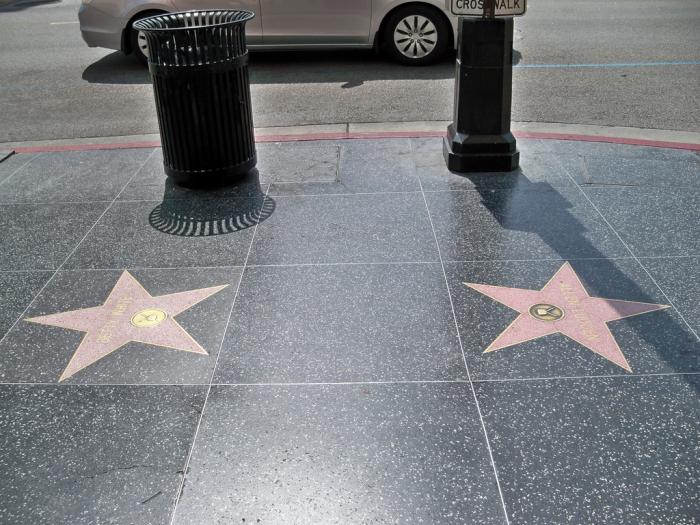 Despite being seen as everybody’s favorite granny, Betty White has quite an adventurous streak in her. She is well-known for being a bit of a card hustler and has been known to partake in poker tournaments on behalf of charity events quite often. Besides doing it for the fun and love of the game, she is also considered to be pretty good at it and knows how to play a hand. Thankfully, she’s a responsible gamer and advocates for responsible gaming as well! 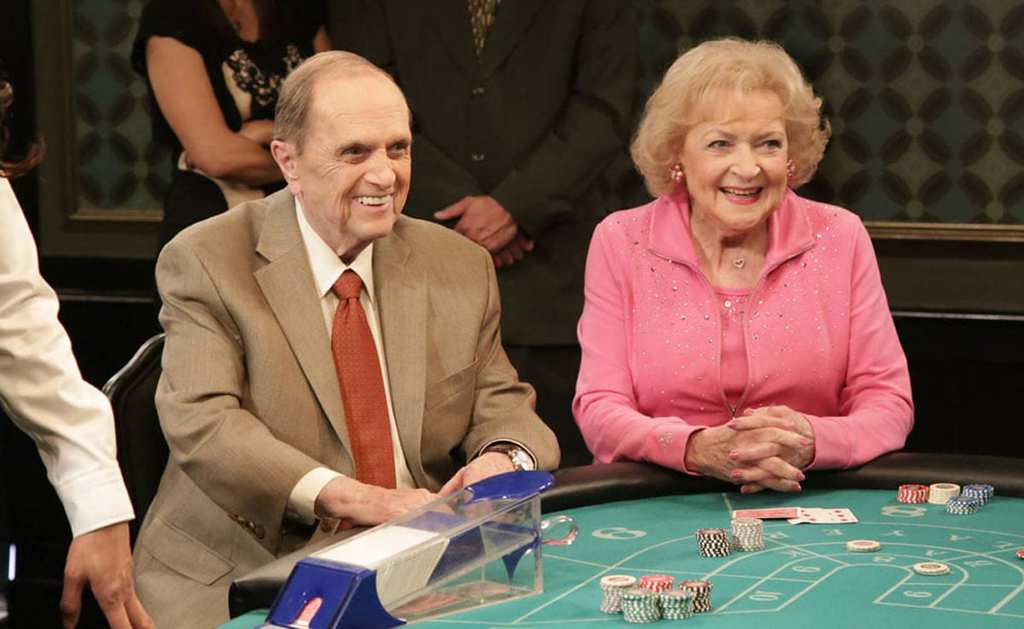 It’s not uncommon for celebrities to have celebrity crushes themselves. For Betty White, that crush is Robert Redford. The star admits that one of her biggest regrets regarding something she ‘didn’t do’ was Robert Redford. How cheeky! We can understand her point of view though, as, during the ’40s, ’50s and ’60s, Robert Redford was one of the most legendary actors of his time – and very attractive. We suppose you’re never too old to try though! 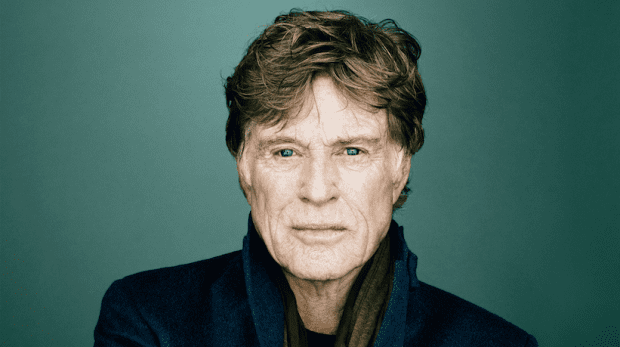 During times of war, we expect actors and celebrities alike to help out by giving their support for the fight in their own way. However, during World War II, Betty White felt the need to go the extra mile. Rather than just buy war bonds, she decided to enlist in the army! By 1941, this had become a new trend for women and Betty White wound up driving a PX truck around Hollywood delivering supplies. Who said girls can’t fight? 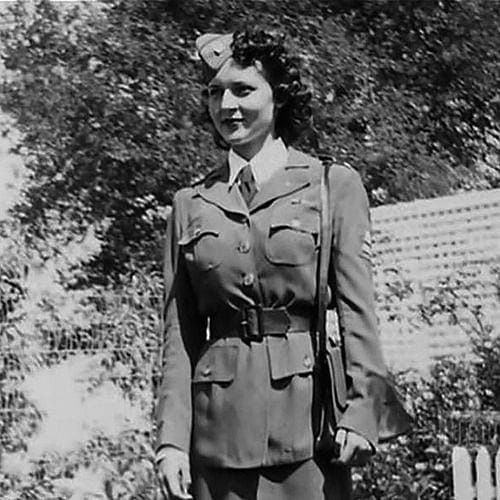 Most people will tell you that as you get older in Hollywood, your chances diminish more and more. This is largely because as you age, the likelihood of your ‘star appeal’ to mass audiences decreases. This, in turn, means that you’re more likely to get fewer roles and fewer awards. However, Betty White managed to defy this fixed idea of Hollywood by going on to be the oldest person to win an Emmy Award for her prank TV show. She’s only getting better with age! 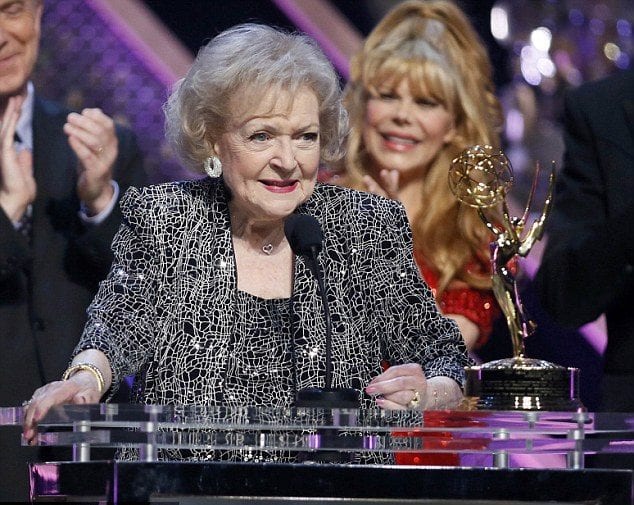 We often think of celebrities as being incredibly conscious about their diets. We constantly hear about this person’s amazing diet and that person’s incredibly healthy lifestyle – but Betty White is old-school! She’s admitted that she loves fast food and will often make a point of eating burgers, french fries, and hot dogs and drinking soda when she feeds herself. He friends joke that the preservatives in the food are what’s keeping her ‘preserved’ for such a long time! 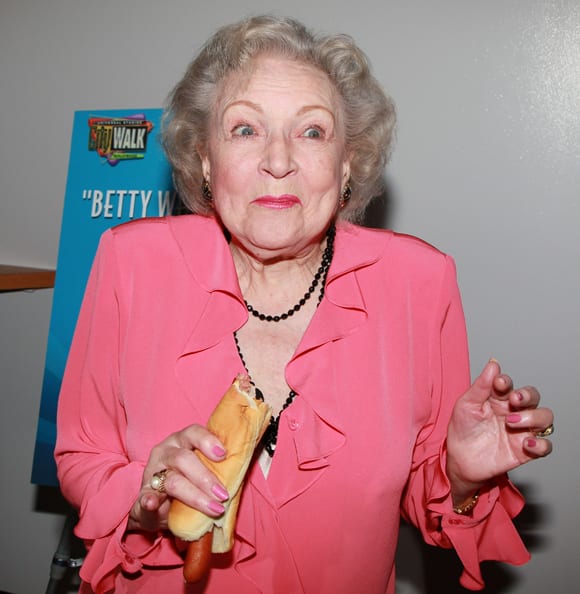 Looking back at her life, it’s difficult to imagine someone like Betty White having any real regrets. White admits that she has lived a full life so far, but has one notable regret. She opened up to Oprah Winfrey during an interview and told her that she regretted putting off her marriage to husband Allen Ludden for a year while they were dating. Looking back now, she thought the extra year on their marriage would have meant a lot to her after his passing. 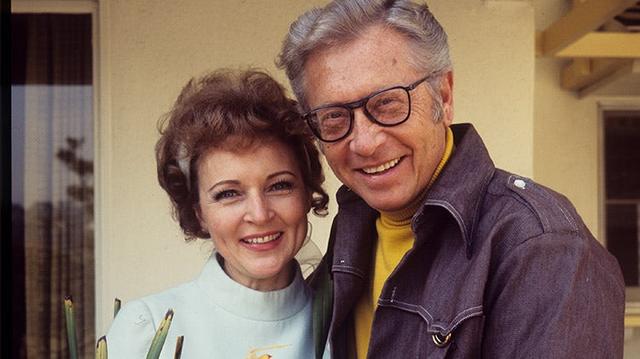 A Fan Of Parades

The Macy’s Thanksgiving Day Parade is a well-loved ceremony and tradition that has become a cornerstone of American society. While the historical significance of the day is obviously important to all American culture, the parade itself has become quite the feature. From 1962 until 1971, Betty White hosted the televised event with actor Lorne Greene from Bonanza. To millions of people, she became the face of thanksgiving. We can see how her wonderful smile and bright attitude would instill that Thanksgiving spirit in anyone! 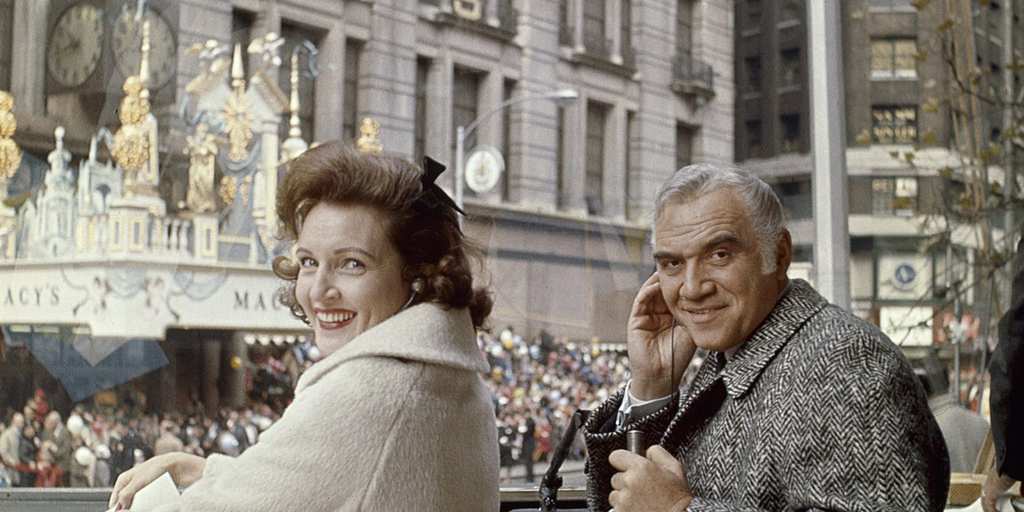 It’s not uncommon for celebrities to support causes that are close to their hearts. Betty White is known for being an outspoken animal lover, but few realize that she’s also an animal rights activist. She has donated tens of thousands of dollars to various charities and done a number of events to help raise funds for charities or organizations over the years. She even has a T-shirt company that sells shirts to help raise money for the Morris Animal Foundation. 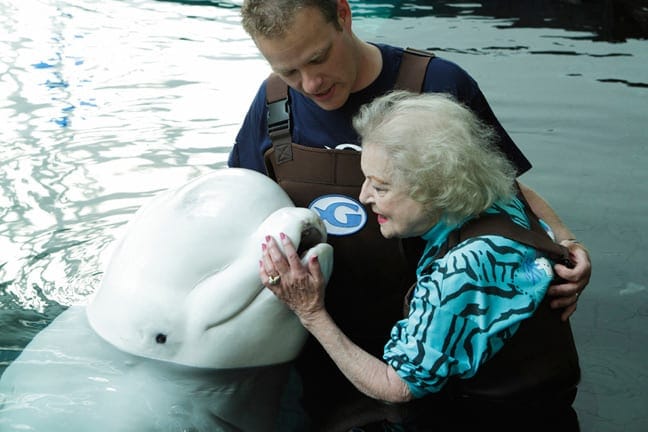 This may sound like a weird question to ask people, but in 2011 a poll went out asking everyday folks which celebrity they trusted most. Out of all the participants that voted, the majority of them said they trusted Betty White most! On top of that, an additional 44% of those polled agreed that they’d be more likely to opt for a product, company, or service if Betty White was associated with the brand. She really is like everyone’s grandma! 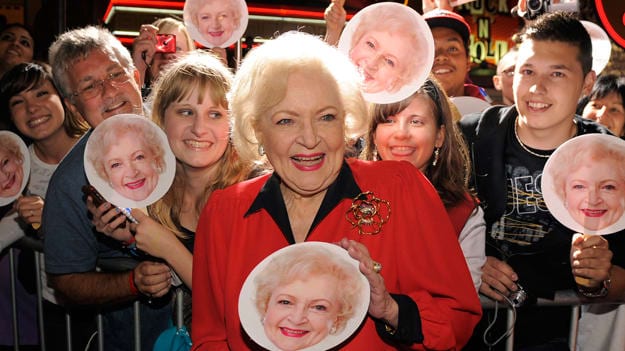 In 2010, a group of Betty White fans created a group on Facebook with the idea of getting Betty White to host SNL. The idea was clearly quite a popular one and in a short space of time, it had gained nearly a million fans! When the producer of SNL, Lorne Michaels, found out about the group, he agreed to make it happen, and soon Betty White became the oldest person to host Saturday Night Live. She says it was the most nerve-wracking moment in her career! 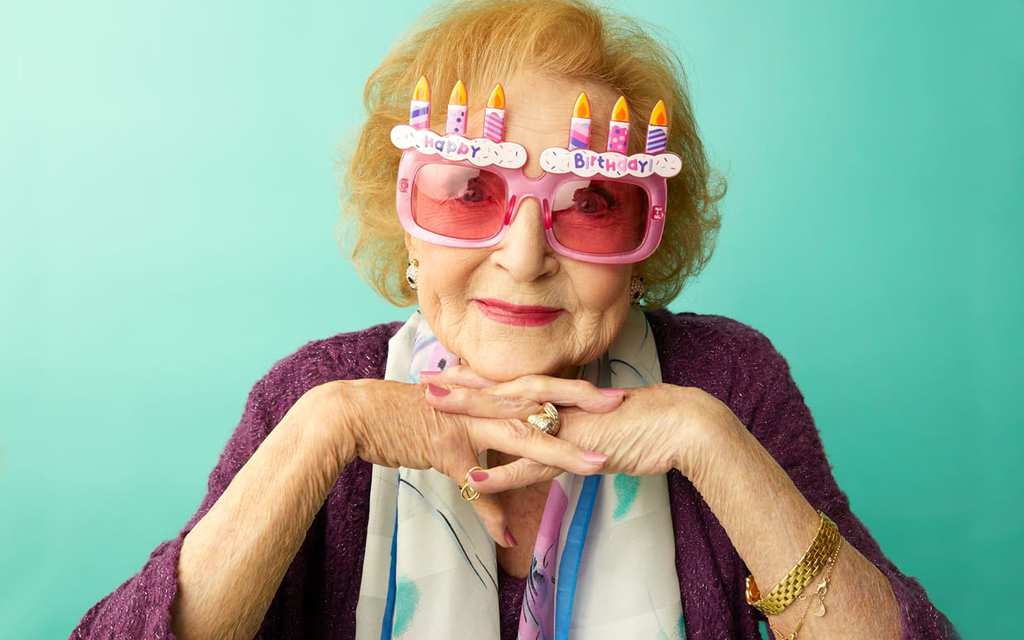 Twitter can be the love and bane of celebrities. Make one wrong statement and the whole internet blows up in your face. So it makes sense for them to take social media very seriously because reputations are priceless in the world of celebrities. When Betty White created her Twitter page, she had nearly 200,000 followers in a matter of hours. She has since grown to a following of 1.3 million! For a star of her age that’s a pretty impressive following! 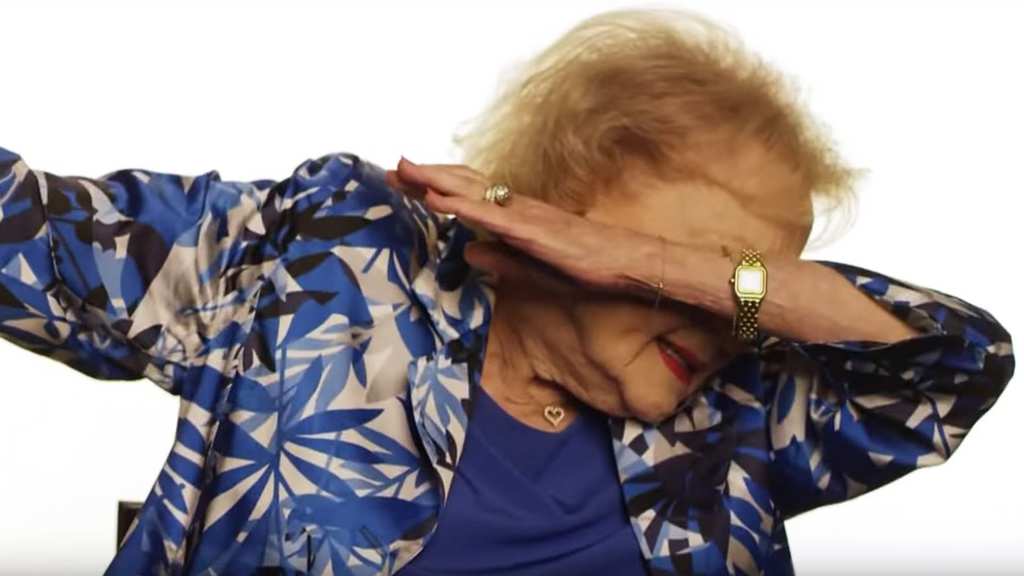 As Good As It Got

Betty White was asked to audition for a role in the film As Good As It Gets alongside legendary actor Jack Nicholson. She was interested and decided to read the script. However, to the producer’s disappointment, she turned down the script because of a scene containing animal cruelty. She claimed that if Jack Nicholson chucked a dog down a laundry shoot, everyone would and that was something she couldn’t allow to happen with her name in the credits.

When Betty White found out about the casting of Golden Girls she eagerly auditioned for the role of Blanche. She figured that she would be great as the feisty and demanding one out of the three. During the audition, the producers loved her performance but wanted to try and get more dynamism out of her. So they switched her role with Rue McClanahan and the rest is Golden Girls history! Now it seems difficult to imagine her as anyone but Rose. 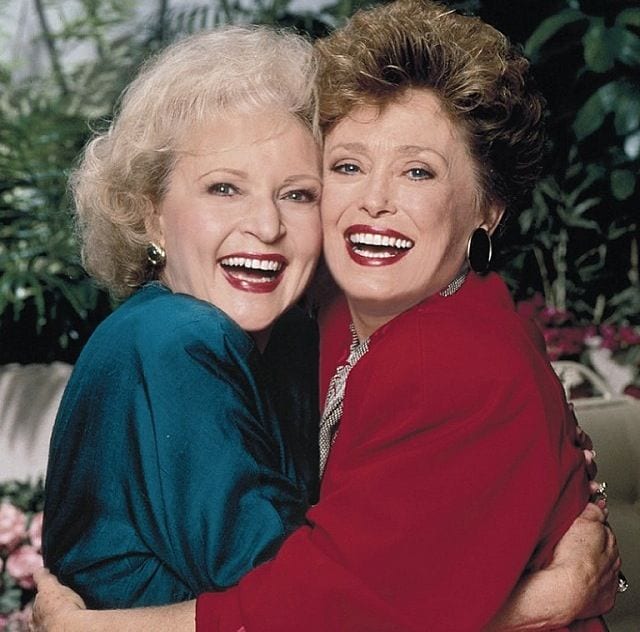 It’s rare to find celebrities in public office positions – especially while they’re still acting, performing, or working. Betty White, however, is no ordinary star! Besides being an animal lover and activist, she also admits to spending a lot of time in the great outdoors. In fact, she spent so much time in the woods and forest close to home in Hollywood, that she decided to volunteer as a forest ranger as well! Not your ordinary celebrity, indeed! 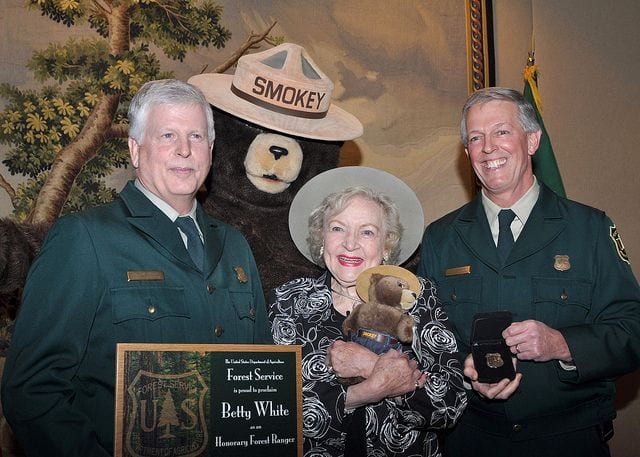 Technically Not A Grandma

Betty White is often referred to as ‘America’s Favorite Grandma’ but there’s something you should know about her. Technically speaking, Betty White is not a grandmother because she never had kids! Yes, everyone’s favorite grandma isn’t even a grandmother! She does, however, have three step-grandchildren that her late husband’s kids from a past marriage had, but otherwise, she’s never had any of her own. However, most of us still like to see her as everybody’s loveable grandma on the screen! 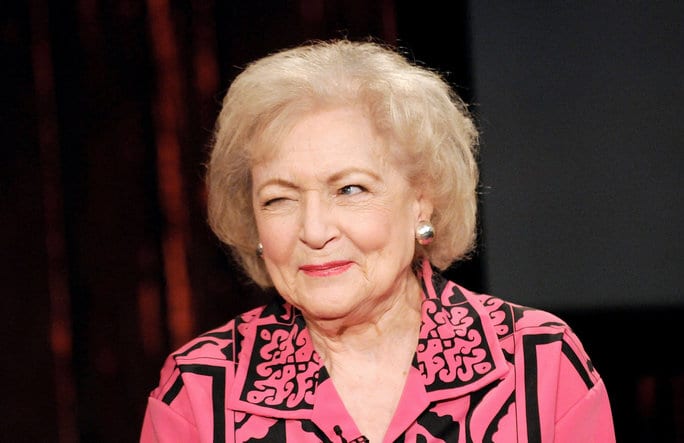 Hilary Duff Used a $3 Beauty Product on Her Wedding Day

Everything The Groom Needs To Remember On The Big Day

The wedding is finally here, and it’s time to put the plan into motion. What if you forget ...

Aspen has certainly become synonymous with luxury over the past years. Once a quaint mountain ...