This groom couldn’t believe his eyes when his best man gave him the biggest surprise of his life on his wedding day. How did he do it? He dressed up as the bride to add a bit of levity to the photoshoot. 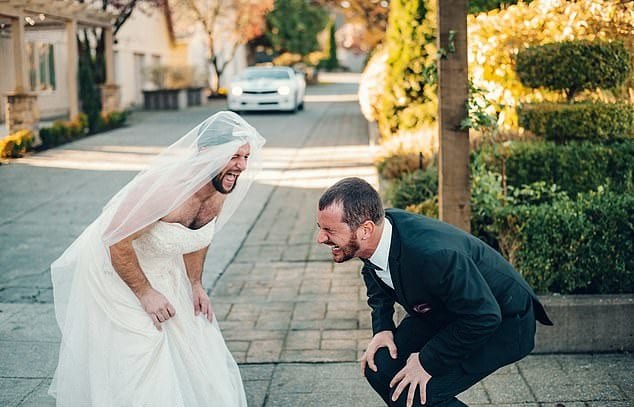 David Hofmann was psyching himself up for his imminent wedding ceremony to Brianne Dennis. As he stood in thought, his bride-to-be called out his name. Expecting to see Brianne, David turned around to see his best man Timmy Horton.

Naturally, David was completely taken aback to see that the best man was actually wearing a bridal gown. Timmy hadn’t even shaved for the occasion. Anna Morrison, who was the photographer that day, captured the hilarious moment.

“Right in that moment I was anxious. I was trying to calm my nerves because I was about to see my bride for the first time,” David said. “I was expecting to see Brianne and I turned around to see Timmy in a wedding dress.” 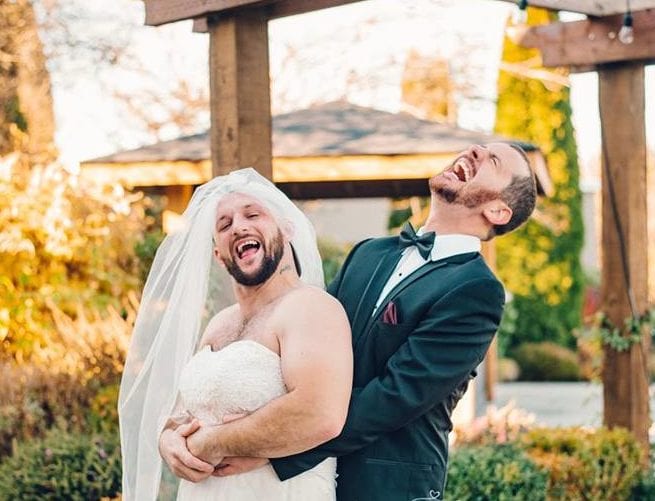 “He was pale and hairy and we love each other very much but not in that way…I was falling down laughing.” In fact, Timmy and Brianne had planned the outrageous moment well in advance. After seeing wedding gags online, they were determined to create their own.

The moment was supposed to be the “first look,” a tradition where the groom sees their bride for the first time on their special day. “I really wanted a serious ceremony at first,” Brianne said. “I didn’t want any of their shenanigans on the day, but a few months down the road I changed my mind.” 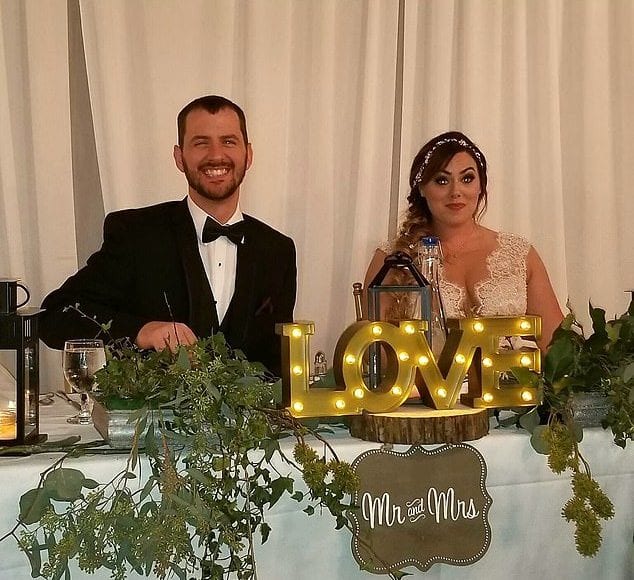 “When I look at the photos I’m really happy,” Brianne said. “I’m so glad we did it. It was hilarious.” Anna Morrison also commented on the moment, saying, “We made a forever memory and laughed so hard everyone was crying.”

For Her Puglia Wedding, Jewelry Designer Caitlin Mociun Made A Bold Dress Choice

Jewelry Designer Caitlin Mociun and her now-husband, Tammer Hijazi, a furniture designer and the ...

This Is the First-Ever Unique Jewelry Collection for Men by Brilliant Earth.

Many brides want something old, new, borrowed, and blue for their wedding. Well, one bride's dress ...