When the Norwegian-born interior designer, Phoebe Hveem, got engaged to her longtime boyfriend, Peder, the two were on a romantic trip in the middle of Florence. They knew immediately that they wanted to have their wedding somewhere in Italy, but the process of planning a wedding is often arduous. Phoebe realized she would both have to decide on a location as well as find a dress. Surprisingly, the location became easier to find. 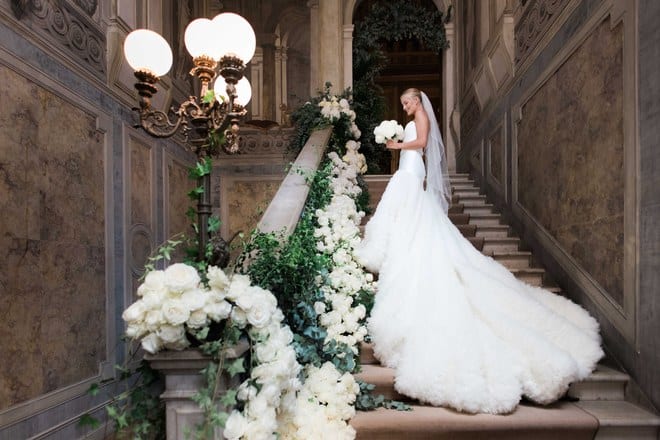 After considering several different, but equally magical, locations in Italy, the couple ultimately decided that a Venetian wedding was calling them, and they began to plan their nuptials in the midst of the twisting alleys that dot Venice’s many canals. At the same time, Phoebe kicked her search for a dress into high gear, mostly by following every single wedding designer she could find on Instagram. It seemed like a stroke of magic that she managed to find her dress that way.

“That’s actually where I found my dress!” Phoebe explained to Vogue about the Instagram pages she followed. “It was just a picture of a beautiful bride, with a ponytail. It was so clean and simple—but still, there was a wow factor. Anyway, I managed to figure out that the designer was Viktor & Rolf, and got it shipped to Browns Bride in London, where it was already being carried.” 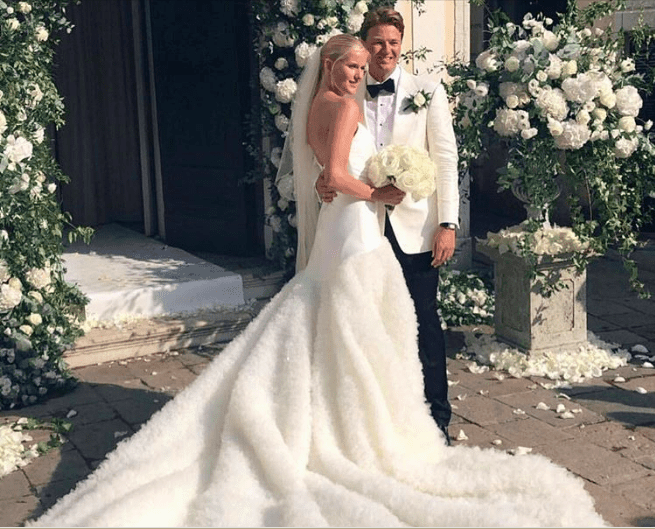 With a simple bodice, the dress made its full statement with the extended tulle skirt that drifted behind the bride while she walked down the aisle. “It was hard to walk in at the time, I had to have a lot of help,” Phoebe joked to the magazine. “But luckily the skirt was quite light and the material was such that I wasn’t afraid of it getting wrinkles or getting it dirty.” In contrast with the vintage setting, the modern dress made for an epic wedding statement.

The Earthshot Prize 2021 has recently witnessed sustainable fashion with a range of upcycled ...

How to Host a Street Party Style Wedding

If you’re looking to get married in a socially distanced fashion or whether you just love the idea ...

As A Wedding Guest, These Are The Things To Avoid At All Costs

Everyone loves a wedding; it is a time to be with close friends, let loose and celebrate someone in ...