The Carribean by far is one of the most spectacular and enchanting places you will visit, and if you’re planning a wedding in the area, you can’t go wrong with any of its islands. With endless sunshine, unbelievable backdrops, and soft sand between your toes, what’s not to love? Here are some of the best Carribean spots, perfectly tailored for the wedding of your dreams. 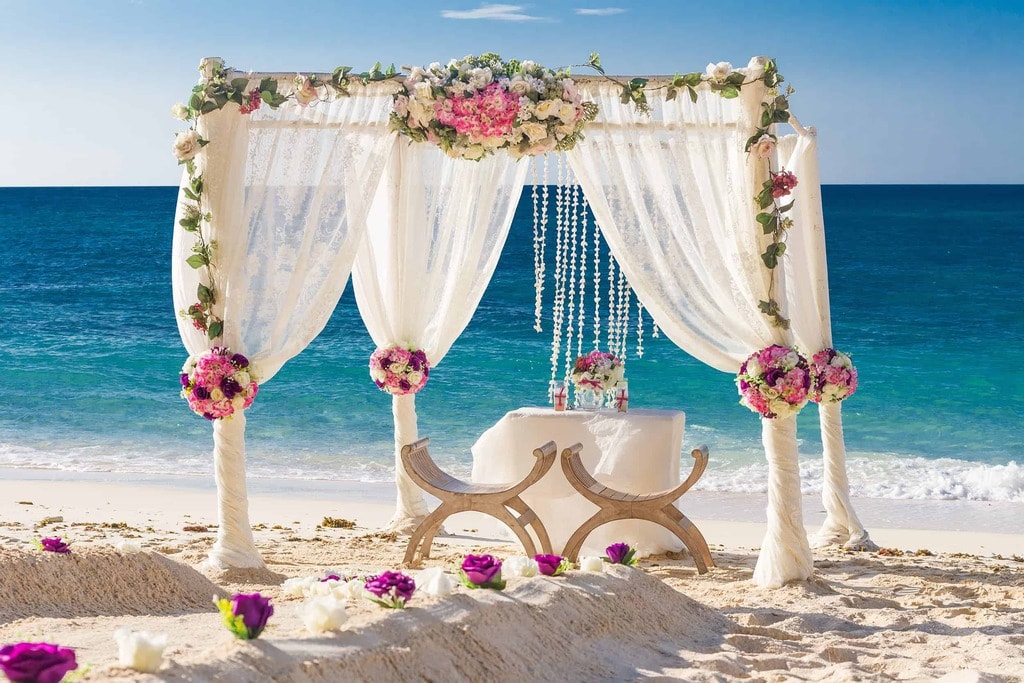 Aside from having 365 beautiful beaches, Antigua is steeped in nautical history. Once a huge Naval base dating to the eighteenth and nineteenth century, its harbor is still a popular yachting destination for the international jet-set. The high season for the islands run from mid-December all the way through April.

There is a wide range of exciting activities your guests can enjoy such as Nelson’s Dockyard National Park, hikes to the Megaliths of Greencastle Hill, which displays six-hundred foot-high rock formations, said to have been created by early settlers for better worshipping of the sun and moon. One of the best spots to hold your wedding reception is Jumby Bay, which is an elegant resort situated on a private three-acre island. 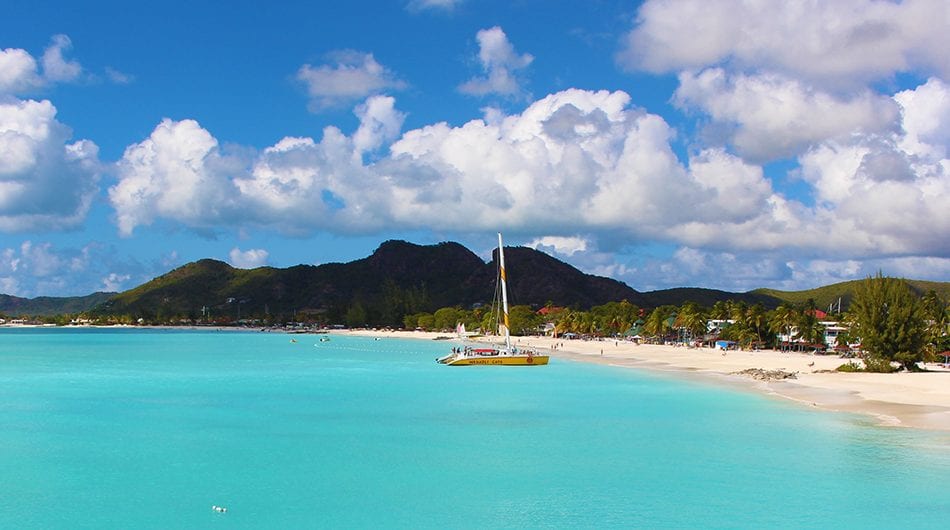 The Bahamas is a mesmerizing collection of 700 islands that has something for every taste. Its high season lasts from mid-December to mid-April, while the summers are less busy. Your guests can scuba dive around the world’s third largest barrier reef, Andros Island, stroll on the white-sand beaches, and tour historic homes of Nassau. As for best wedding spots, Coral Sands Hotel and Pelican Bay at Lucaya, Grand Bahama Island are among the most beautiful places to exchange vows.

Despite Bermuda being geologically removed from the Caribbean, it shares similar traits of those beachy, tropical islands. One of the things Bermuda is most recognized for is its extraordinary pink-sand beaches. The best time to head over here is from May through early September. The weather isn’t too hot in the summer nor too cold in the winter.

If you’re dying for a magical wedding reception, reserve a hall at The Hamilton Princess Hotel & Beach Club, which is a modern luxury hotel that has a spa, golf corner, tennis court, pools, watersports, and the list goes on. Another place you can tie the knot is at The Reefs, an award-winning resort with one of the best spas in all of Bermuda. The Reefs is nestled in the midst of an unreal stretch of private beach, looking over the waters of the Atlantic.

A Sneak Peek At Chris Pratt and Katherine Schwarzenegger’s Wedding

Chris Pratt is one of the most famous men in the world, but it’s fair to say that the world was ...

This Couple Finally Get Wedding Photos After 60 Years Of Marriage

It has been just over 60 years since Seu and Dona Rosa Russo married, making this milestone year ...